This series assists partners in understanding the very common, (and equally ineffective)  behaviors that send relationships off the rails.  If you want to ease your relationship from Riot-Us to Right-Us, follow this series and put your energy behind solid, proven, collaborative endeavours. 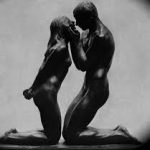 Make your needs Explicit!  If they are to be met, they must make it from your mind, out your mouth, into your partner’s ears

Let’s start with the honest truth (what other kind is there?!).  We all have them.  Expectations. They are nasty little critters that crawl into our psyche and populate it with ideas that we are owed something, that our partner “should” do some things and not do others.  While we’re hardly noticing, they scurry around our neural network and drop little bundles of assumptions and entitlement, which we then act out with our partner.  Little do we connect the subsequent explosion to our assumptions—of how our partner “should” act and be.  Little do we consider whether our partner has agreed to this silent contract we’ve taken out on their behaviour.

Rarely have we checked out what our partner thinks is “fair” in the biggest game of all:  LOVE.  We are holding them hostage to a standard we’ve never even spoken.

And so:  the cure.  We must take the pill that stops the critters in their tracks.  The pill is to pause.  The pause always pays.  Reflect deeply.  And locate those relationship assumptions and expectations.  Actually make the implicit ideas we have about relationships into the explicit world of words and articulation.  Yes, we must speak up and share our ideas, needs, wants.

Joe wants Mary to “stay in touch” while she’s away on her business trip.  He doesn’t tell her, feeling that he might look silly to bring it up, and anyway, she’ll know.  But he doesn’t hear that she’s arrived safely.  Which is weird, because he always lets her know (assumption:  she’ll do what I do).  He gets a little anxious and imagines that she’s having a hell of a good time.  He doesn’t make his need for connection known, because it’s so vulnerable and (assumption 2) “he shouldn’t have to”.  A day passes and he’s heard nothing.  He becomes furious that she could be so inconsiderate (assumption 3).   When she texts that night, he’s enraged and ignores her.  She wouldnt neglect him if she really cared for him (assumption 4).  Everybody knows that it’s rude and cold not to phone your mate when you’re away (assumption 5).  The next day she calls and he let’s her go to voicemail.  Mary is a little surprised, and misses contact, but doesn’t want to appear needy, and guesses he must be busy and enjoying his freedom (assumption 6), so she backs off with calling.  Another day with no contact goes by….this couple is rapidly slipping into a very, very familiar Riot-Us pattern….

Quick!  Let’s rewind and get to Right-Us:

Joe reflects and does his inner work and realizes that he’s a very contactful person, and remains balanced and well when he’s closely connected.  He realizes also that Mary doesn’t need as much sharing to maintain the love bond.  It’s not a right/wrong or should/shouldn’t proposition, as both approaches work in the world of relationship.  But silence doesn’t work for HIM.  So he digs out his need to stay in touch during partner absences.  He then shares his need with Mary very clearly and directly, using the magic language of request.  It sounds like this:

“Mary, I get a little edgy when you are travelling and I haven’t heard from you—could you please let me know when you land safely, and call me every day?”

And voila, the implicit is explicit and on the table for discussion.  The assumption gremlin has been busted, the expectation laid bare, and the vulnerable need underneath it owned.  And now Mary can consider his needs, because she knows about them.  And she can say:

“For sure I can call everyday, but I’ll need you to cut me some slack about the timing, and they’ll need to fit between my meetings.  Maybe we could email some days where it’s really hectic; then I can do it later at night before I go to bed.  I don’t want to wake you up”.

And he can say:  “Okay, that works.  And what about calling me after you land?”  (note:  because it’s HIS need, the onus is on him to keep that ball in play and raise it again).

And she says:  “Oh dear.  I’ll try, but I’m not good at remembering all these things.  I get caught up….sometimes I’m anxious about catching a taxi and getting to my hotel”.

And he says:  (because he understands that he can increase the chances of his need being met by offering her support and co-creating the outcome he desires).  “How about if I put a reminder in your phone to give you a cue?”

And as she nods and hands him her phone, he relaxes and smiles.  And she sees how much contact means to him and says “can you show me how to do that?  I’ll put in a repeat reminder to call each day I’m away”.  They have both learned about him and how deeply the daily contact anchors him, and how her “out of sight out of mind” style isn’t easy for him.  Because he did not assume or expect, but rather shared his need, they collaborated in forming a Right alliance.

Strategy 2:  Making another Right-Us move:  The sweet language of Requests